Ragging constitutes one or more of any of the following acts:

Action taken by the Head of the Institution:

On receipt of their commendation of the Anti Ragging Squad or on receipt of any information concerning any reported incident of ragging the Head of institution shall immediately determine if a case under the penal law is made out and if so either on his own or through a member of the Anti Ragging Committee authorized by him in this behalf proceed to file a First Information Report(FIR),within twenty four hours of receipt of Such Information or recommendation, with the police and local authorities, under the appropriate penal provision relating to one or more of the following, namely:

All other offences are following from the definition of "Ragging". Provided that the Head of the institution shall forth with report the occurrence of the incident of ragging to the District Level Anti-Ragging Committee and the Nodal officer of the affiliating University, If the Institution is an affiliated institution.

Administrative action In the event of Ragging:

The Institution shall punish student found guilty of ragging after following the procedure and in the manner prescribed here in under:

• The Anti-Ragging Committee of the Institution shall take an Appropriate decision, in regard to punishment or otherwise depending on the facts of each incident of ragging and nature and gravity of the incident or ragging established in the recommendations of the Anti Ragging Squad. • The Anti-Ragging Committee may, depending on the nature and gravity of the guilt established by the Anti-Ragging Squad, award, to those found guilty, one or more of the following punishments, namely

1. Suspension from attending classes and academic privileges Withholding /Withdrawing scholarship/ fellowship and other benefits. 2. Debarring from appearing in any test examination or other evaluation process. Withholding results. 3. Debarring from representing the institution in any regional, national or international meet, tournament, and youth festival.etc. 4. Suspension or expulsion from the hostel. 5. Cancellation of admission. 6. Rustication from the institution for period ranging from one to four semesters. 7. Expulsion from the college and consequent debarring from admission to any other institution for a prescribed period. 8. Provided that where the institution persons committing or abetting the act of ragging are not identified. The institution shall resort to collective punishment. 9. An appeal against the order of punishment by the Anti Ragging Committee shall be, in case of an order, of an institution affiliated to, or constituent part of a University, To the Vice - Chancellor of the University 10. In case of an order of a university, to its chancellor. 11. In case of an institution of national importance created by an Act of Parliament. To the Chairman or Chancellor of the institution, as the case may be. Constitution of Anti-Ragging Committee as Per AICTE Norms: 1. Chairman- Dr. Rajiv Khatri -Director 2. Representative of Faculty Members-    Dr. Nitesh Dubey- Deputy Director    Prof. Manoj Tiwari- Academic In-charge    Prof. Vandana Pathak- HOD IT 3. Representative of Non Teaching staff-    Prof. Poornanand Dubey- Registrar 4. Representative of Police Administration-    Town inspector Madhotal Police Station 5. Representative of Local Media -    Mr. Mangesh Upadhyay 6. Representative of Senior Students 7. Representative of Students of First Year

B.Tech. in Electronic and Communication 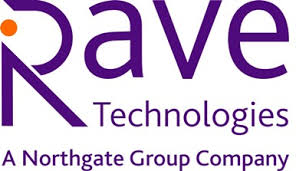